Week before last, I was in Washington DC to see and play a small part in the signing of a new agreement between ICANN and the United States government, called the Affirmation of Commitments. 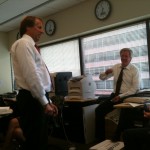 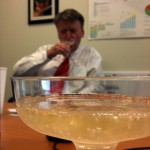 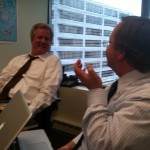 This was an important moment, not just for ICANN but also for the whole future of the Internet and its domain name system. It has been somewhat simplistically summarized as the United States letting the Internet navigate its own course, rather than decide that somehow one country’s lawmakers had a better idea how to deal with this global communications network than any other country’s. Unless you are an Internet governance addict, that explanation should suffice.

More importantly from a personal perspective, it was an extraordinary achievement after two years of hard work by ICANN’s staff, especially my boss Paul Levins. I recall very clearly people dismissing the very concept of the affirmation out of hand just 20 months ago, and then a fair few people being aggressively anti a new agreement until even just a few weeks earlier.

But in the end, it was a great piece of work, and that was reflected in an across-the-board positive response from the community, the US government, the Senate and House, the European Union, the registries and registrars and, unbelievably, even the most dedicated ICANN haters.

But I’m not going to go into any details here. I just came across some snaps I took with my iPhone on the Wednesday the Affirmation was announced so I thought I’d stick ’em up while the mood took me.