I am fascinated with electric cars. And 2010 is going to be a huge year for them. Finally, road-ready, road-worthy electric cars (and hybrids) will be produced by a range of big car makers and it will be the turning point, I believe, in a technology that holds so much promise that we will wonder in a decade what the hell we thought we were doing. 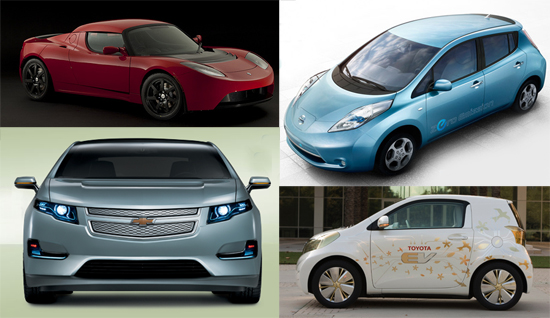 So I’m based in California, which is also the hotspot for electric car techology in the world (although Germany and Scandinavia are also very promising) and I’m a journalist so it makes sense to bundle it all up and start writing about electric cars and electric car technology.

So this is the first blog post along those lines, tagged “electric car”. And my intent is to write many, many more. If I find I really get into it and there is alot of interest out there, I may set up a separate site but at the moment I’m just going to subset on this blog.

What have you got then?

Well, straight off there are two interesting events coming up next month in Detroit and Vegas.

In Vegas on 6 Jan is one leg of Nissan’s big tour for its new electric vehicle, the Leaf.

Between 11 and 24 Jan in Detroit is the North American International Auto Show – and it has an entire “Electric Avenue” dedicated to electric vehicles. There should be some big news from the event.

And then back in Vegas between 26 and 28 Jan is the much more nerdy Lithium Supply and Markets conference – which sounds very dull but lithium batteries are what make the new breed of electric cars possible, so this is important stuff.

In terms of resources, there’s not that much out there – part of the reason I want to get involved – but here are some initial pointers: