I think Apple really needs to rethink about how it launches products. The Steve Jobs super-secret wham-bam thing is all well and good when something really new comes out – like the iPod with video or the iPhone – but in between the super-hype is just tedious. 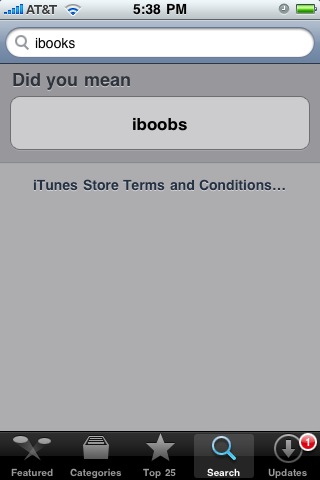 I recall a number of jazzed-up keynotes that simply announced improved versions of the iPod and years before that, super exciting launches that basically just improved iMacs. But this time there was a whole new product – The Tablet!

From the over-the-top reactions, especially considering no-one has any real information, it might as well have been the Ten Commandments tablets, except this time God felt we only needed one and he use Steve Jobs to deliver them to the world.

The Tablet – renamed a quite dodgy iPad – is basically a great big iPhone (without the phone). It’s sort-of like the giant cricket bat that was banned back in 1800-and-something for being too wide and covering all the stumps. Worse that producing a huge product that is already being mocked as the iTampon, Apple failed to launch the one thing that did seem interesting about the iPad – its use as a new medium for ebooks.

Amazon has created the first effective market for ebooks with its Kindle, but it is being a little bit monopolistic about it, so everyone – particularly publishers – was excited about the idea of such a big and bold competitor – especially one that is going to use (is it?) a common ePub format.

But then Apple completely fails to launch iBooks. We saw it on the screen but it’s not downloadable. Which kind of makes you wonder what the whole point of the event was. The iPad isn’t available for three or six months, depending on what model you want. The iBooks app isn’t there yet. Apple doesn’t even have iBooks.com. And – if you look for it on the Apple Store, you are instead offered “iBoobs”.

It all seems, well, a bit drap. Not that the iPad isn’t a nice idea. I might get one if others’ tell me they really like it. But was it worth the hype? No. Do I think less of Apple as a result? Yes.