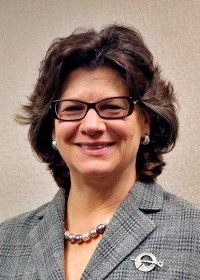 A statement signed by many of the groups that oversee Internet infrastructure earlier this year, including the Internet Society (ISOC), expressed “strong concern over the undermining of the trust and confidence of Internet users globally due to recent revelations of pervasive monitoring and surveillance” and made repeated mentions of the need to adopt a global outlook. That statement was widely seen as an effort by Internet organizations to distance themselves from the US government.

In that light, the decision by ISOC’s Board to hire a Washington insider will be seen by many as a lost opportunity to move the organization beyond the Beltway (ISOC is headquartered in Virginia and is chartered as a Washington DC non-profit).

The position of CEO at the $35 million-a-year organization, which is dedicated to promoting an open Internet, was opened up in July when current head Lynn St Amour said she was stepping down in February 2014 after 13 years in the job.

Read the formal announcement on hiring Brown as CEO.