My analysis of the broken ICANN culture

I wrote an extensive review of the dot-jobs saga earlier this week on .Nxt called: The case study that could kill ICANN.

This afternoon, I saw the Stephane van Gelder had referenced it in a blog post: What ICANN is doing wrong.

I wrote a lengthy response to Stephane’s post, but for some reason it repeatedly could not get past his anti-spam mechanisms. Having spent a little bit of time writing a response, I figured I would post it here instead. It’s below:

I think you’re being a little unfair to me. It is relatively easy to follow the article, even though the process itself was a little convoluted.

But anyway, this is the real problem: a very large number of people now know exactly what has happened and how bad it is. But what will happen? How will anyone be held to account? Will anyone even admit publicly that this is an example of poor governance?

Even if you were to raise it as GNSO Chair at the next ICANN meeting, you would likely be shouted down or told it is not in the GNSO’s remit, or be put under enormous peer pressure to keep it out of the public sphere. You’d probably be offered a private briefing. Anything to prevent the taboo being broken.

The best anyone can expect is that some Board members will dig into the issue.

Xmas vid about my little girl 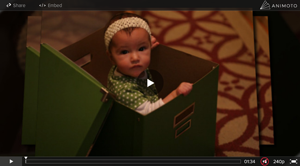 We’re heading to the UK for Christmas. I’ve been meaning to try out this online video/picture tool at Animoto for…

Why won’t my van start? 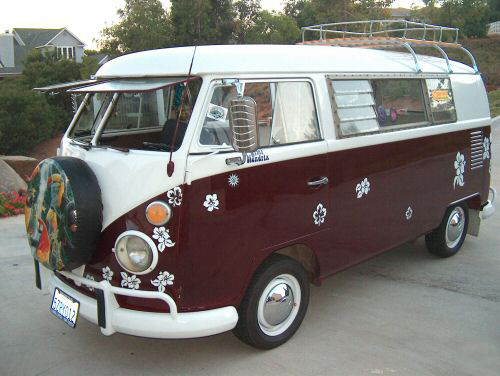 I need your help. And I am counting on you and the power of the Internet to fix an issue…

ICANN public comments: a glacier moving in the wrong direction

With appalling inevitability, everything about the comment period highlights the problems that exist with the public comment period process. No one really knows about it, and it’s not being promoted anywhere. The text talking about it is indecipherable. The main thing it is about comes as a hefty PDF report that no one will read. The report itself was put together by a small group of people who didn’t engage is any useful effort to dig into any data, evidence or information.

Very few people will respond. Those that do will not have their comments listened to. There will be no follow-up. And the end result will be that ICANN convinces itself that actually the comment period process isn’t that bad after all.

I was working on this issue *five years ago*. And the only thing that has changed is that the comment period page is now in pastel colours.

I swallowed all that frustration and just sent in a comment (the first but hopefully not the only one) in a pathetic attempt to actually help. It is, I think, positive and helpful. I expect it to be partially read and then ignored. And for the complaints about the process to start up all over again in two years’ time. Still, you’ve got to try.

Here’s what I sent:

One of the more bizarre situations I have found myself in while covering domain name system overseer ICANN, both outside and inside the organization, was at the Vancouver meeting in December 2005.

It was a particularly difficult meeting. For one, ICANN was under intense scrutiny because it was about to sign an extension to the dot-com contract and literally no one outside Verisign and the ICANN Board liked it. But secondly, it had come to light that the US government, under pressure from right-wing Christian groups, had pushed the Board very hard to *not* approve the dot-xxx contract.

The Board was planning to approve dot-xxx on the last day of the meeting, but had a sudden change of mind and put it off until the next Board meeting. There was all manner of behind-the-scenes shenanigans as the very worst of ICANN came out and it made important decisions in secret, and then spent huge amounts of time and effort trying to make it look like it hadn’t. No one bought it and there was a lot of anger.

Sorry to always be harping on about ICANN; it’s the not exactly the most important organisation in the world. But it is the one bureaucracy I have come to know really well and so just can’t help but rail against all the things that infuriate people the world over when they come up against unthinking bureaucracies.

I just saw a tweet from some bloke talking about outreach efforts by the GNSO. Since it was my job for a number of years to engage people in the ICANN processes (often despite those already involved), it was intriguing to see that a report has been produced that is now out for public comment about exactly how to do this. This might be one of the those times where ICANN actually impresses.

The work began in January 2009, so they have had over two years to get this right. And the result is… absolutely horrifying.

The first preparatory meeting for the 2011 Internet Governance Forum has ended with a significant degree of uncertainty thanks to ongoing bureaucratic delays.

Over two days, representatives from business, government, civil society and the technical community met in Geneva in order to decide the path forward for the sixth annual meeting of the Forum, dedicated to discussing global governance issues for the Internet and due to be held in Nairobi toward the end of the year.

Those plans have been hamstrung by the United Nations in New York, which continues to delay crucial decisions about the event dates and the event’s key decision-makers.

Closing the meeting, Kenya’s representative and meeting chair Alice Munyua repeatedly asked for others’ indulgence as she explained she did not have final dates for the event – it will be somewhere between September and December, she said – nor had dates been finalised for the second preparatory meeting in May.

On top of that, there is still no replacement for the main meeting organizer, Markus Kummer, who left the United Nations in December, with a representative from the UN’s Department of Economic and Social Affairs (UNDESA) telling attendees that they were still finalising the job description, which will then be put through the usual UN recruitment process.

And to make matters all the more surreal, the Multistakeholder Advisory Group (MAG), which was in the room trying to decide the agenda and structure of the next IGF, may not even formally exist.

Two months late is sloppy by any measure, and it is most likely down the high level of exits in ICANN in the past 12 months – not least in this case Sara Stohl who as publications manager was responsible for chasing the disparate groups in ICANN and pulling together the report in time (Sara left in November 2010 and her post is still unfilled).

But there’s sloppy and there’s breaking bylaws. According to ICANN’s bylaws:

The Board shall publish, at least annually, a report describing its activities, including an audited financial statement and a description of any payments made by ICANN to Directors (including reimbursements of expenses). ICANN shall cause the annual report and the annual statement of certain transactions as required by the CNPBCL to be prepared and sent to each member of the Board and to such other persons as the Board may designate, no later than one hundred twenty (120) days after the close of ICANN’s fiscal year.

ICANN’s Fiscal Year ends on 30 June each year. In this case it means that Board should have received the annual report no later than 29 October 2010. The fact that the report still hasn’t been published doesn’t mean Board members didn’t actually receive the report before 29 October – they may still be holding it or checking it – but it might be worth asking as four months is a pretty long time to read 50 pages.

However the bylaws say that “The Board shall publish, at least annually” – and it is pretty clear that 14 months and counting is definitely not “at least annually”. No one is going to bat an eyelid if an Annual Report is published a week within the previous year’s but it is now 60 days later than the 2009 Annual Report (taking today, 23 February as the date).

So has ICANN broken its bylaws? I’d say, well, yes.

And I would lodge that complaint with the ICANN Ombudsman, but he left on 31 January, and ICANN is still looking for his replacement as well.

USG Submission to the GAC Scorecard re New gTLDs

Background: At a meeting in December, the ICANN Board and GAC agreed to a special session to be held in February that would be dedicated to trying to find a way to deal with GAC concerns over the new gTLD process and the dot-xxx application. The GAC has been preparing documents for the meeting – and so too, it is believed, have been the ICANN staff.

The details of the United States government submission – which is the most crucial submission due to its relationship with ICANN and its dominant position in the GAC – emerged late last week. They have caused somewhat of an outcry particularly because it suggests that any GAC member would be in a position to veto any gTLD application – which would clearly make ICANN’s processes sub-ordinate to governments. Since the whole point of ICANN is to provide for a multi-stakeholder decision-making process, it is no surprise that this request has got people’s backs up.

There are other suggestions that will almost certainly infuriate other arms of ICANN, some of which go directly against others’ policy decisions, as well as a Board resolution, so there is now a big question over how successful the GAC-Board meeting will be, given the size of the gap to be bridged in just two days.

Anyway, a fuller analysis later but in the meantime below is the full text of what is believed to be the final submission from the US government to the GAC:

So what does that weird GAC wording actually mean?

UPDATE: The ICANN Board just published the minutes from its meeting on Tuesday and intriguingly it has formally “triggered” the GAC-Board consultation that is explained in greater depth below.

That means the Board is prepared to say it disagrees with the GAC on 17 March and then, presumably, will approve the Applicant Guidebook at its formal Board meeting the next day.

On Tuesday I wrote a piece about the damaged decision-making process at ICANN at the moment. Right at the top I wrote:

Adding concern to the general vagueness is the inclusion of precise wording that means something specific, although no one is quite sure what. It is this:

“This meeting is not intended to address the requirements/steps outlined in the Bylaws mandated Board-GAC consultation process.”

This wording is indecipherable to any but the greatest of insiders. And that fact, combined with the reality that this Board-GAC meeting is one of the most significant Internet governance meetings in the past five years, makes it all the more frustrating.

Somewhat inevitably, people have emailed me saying “but aren’t you an insider? So what does it actually mean?” So, as briefly and as an coherently as I can manage here is my explanation for what this means. I am more than happy for people to disagree or add perspective in comments below; in fact, I’d encourage it. But anyway, here goes…

Read More... dot-xxxGACgTLDsICANNnew gTLD
← Back Next →