Who loves the Internet more: Obama or the Pope?

It seems that the Internet is catching on with the most powerful men in the world. Both the Pope and the new US president Barack Obama have this week announced new web strategies and told anyone that would listen how much they love this Internet.

The conversion is hardly surprising – both men derive most of their enormous power from being able to communicate directly to millions. And if there’s one thing the Internet does well, it is mass communication. Here the question though: who loves the Internet more: Obama or the Pope?

Let’s find out in a head-to-head competition… 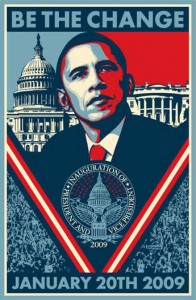 There’s nothing like a big event to get people thinking, particularly when that event is the inauguration of a president who brings with him the hopes and dreams of a generation.

Barack Obama will be sworn in as 44th President of the United States in nine days on Tuesday 20th January. There are also a range of events in the weekend leading up to it and on the Monday before – Martin Luther King Day – and all that has got people’s online minds whirring.